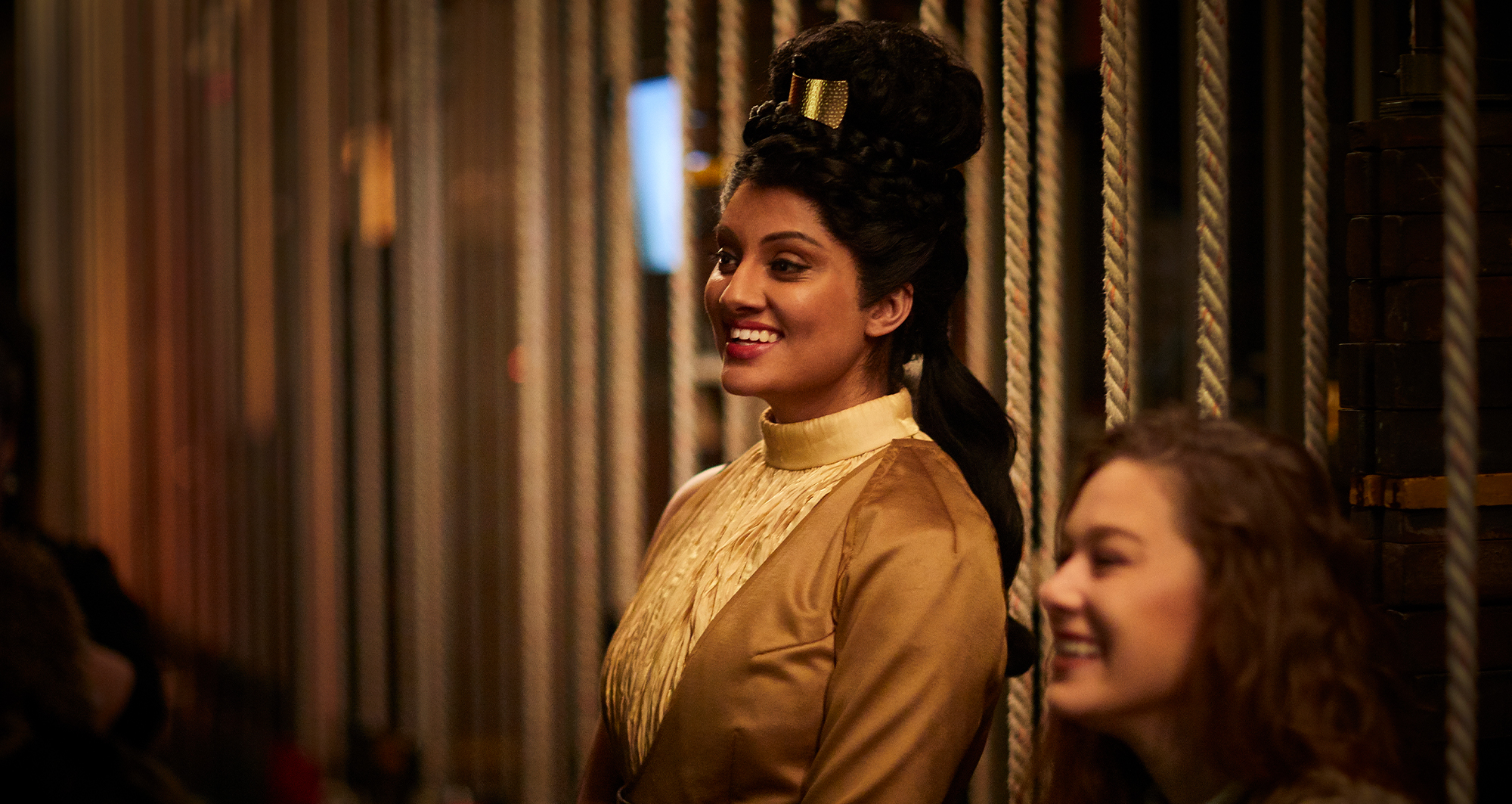 2020 Season
Krystal Kiran and Madelyn Kriese, backstage (The Horse and His Boy, 2019). Photo by Peter Andrew Lusztyk.
Shaw Festival TheatreAnnouncing
The Shaw’s 2020 Season
Not one, but two magnificent Sondheim musicals! An epic story out of India. The continuing battle for Narnia. A devil of a rebel straight out of the American Revolution. A dog more Casanova than canine. An Irish classic, an American classic and a forgotten classic. Plus, the return of Sherlock Holmes!

Jeff Irving, Julie Lumsden, Drew Plummer and Jacqueline Thair in
FLUSH
Based on the novella by Virginia Woolf
Adapted and directed by Tim Carroll
Lunchtime one-act

ME AND MY GIRL
Book and Lyrics by L. Arthur Rose and Douglas Furber
Book revised by Stephen Fry, with contributions by Mike Ockrent
Music by Noel Gay
Directed by Ashlie Corcoran

“This is a season of classics across the board: classic musicals, classic comedies, classic dramas. Every single one features the brilliant writing which has always been at the centre of our mission, and for which we have assembled one of the world’s great acting ensembles.”

HOW TO GET TICKETS

Tickets go on sale to Friends of The Shaw starting:

Friends order first, so for your best chance to get the best seats at the best prices become a Friend of The Shaw!