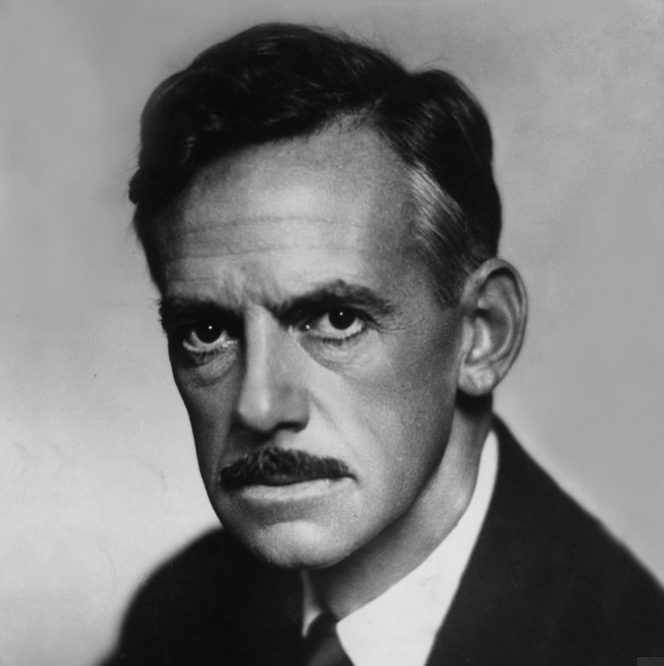 Eugene O’Neill (1888-1953) is generally acknowledged as America’s first great playwright. He was literally born into the theatre: his father James O’Neill was one of the great touring stars of nineteenth-century American theatre, forever associated with the title character of The Count of Monte Cristo. Eugene O’Neill was the youngest of three sons, one of whom died in infancy. He spent his first seven years on the road with his parents, and thereafter he was educated in boarding schools. The only real home life he experienced was in the family’s summer home in New London, Connecticut, likely the inspiration for the “large small-town” in which Ah, Wilderness! is set.

After being suspended from his first year at Princeton University, O’Neill led an unsettled and dissipated life. In 1909 he married but left his wife to go prospecting for gold in Honduras, and never lived with her after his return. The next year a son was born, but a month later O’Neill left New York as a seaman on a Norwegian merchant ship. In 1911 he returned to New York on a tramp steamer, and lived for a time at a waterfront dive. After a suicide attempt he was reunited with his family, and toured with his father’s Monte Cristo company.

In the winter of 1912-13, O’Neill spent six months in a sanatorium being treated for tuberculosis. As one commentator put it: “He entered the sanatori­um a dabbler in poetry; he left resolved to be a serious writer.” He wrote his first plays the following year, and in 1914-15 took George Pierce Baker’s famous playwriting course at Harvard. In 1916 he began a productive relationship with the Provincetown Players, first in Cape Cod and then in New York, which produced fifteen of his plays over the next six years. A breakthrough of sorts came with his boldly experimental play The Emperor Jones (1920), which transferred to Broadway and ran for over 200 performances. Desire Under the Elms also achieved success on Broadway with a ten-month run in 1925.

In 1928 O’Neill began a relationship with another producing company, the Theatre Guild, which had respectable New York runs with Marco Millions (1928), the trilogy Mourning Becomes Electra (1931), and Ah, Wilderness! (1933). Strange Interlude (1928), the longest-running play in O’Neill’s lifetime, ran for more than 400 performances – a surprise hit considering its enormous length (about five hours) and its experimental presentation of spoken subtext.

After Ah, Wilderness!, O’Neill moved to California with his third wife Carlotta, and embarked on a mammoth cycle of plays that was never finally written. (Only one of them survives in complete form, A Touch of the Poet, which was produced posthumously.) In 1939 he put the cycle aside and, though in progressive­ly failing health due to a degenerative motor disease, began writing the three realistic dramas that have cemented his place in the pantheon of theatre history: The Iceman Cometh, A Moon for the Misbegotten, and his harrowing autobiographical masterpiece Long Day’s Journey into Night. O’Neill received four Pulitzer prizes – for Beyond the Horizon (1920), Anna Christie (1922), Strange Interlude and (posthumously) Long Day’s Journey into Night – and in 1936 became the only American playwright ever to receive the Nobel Prize for literature.