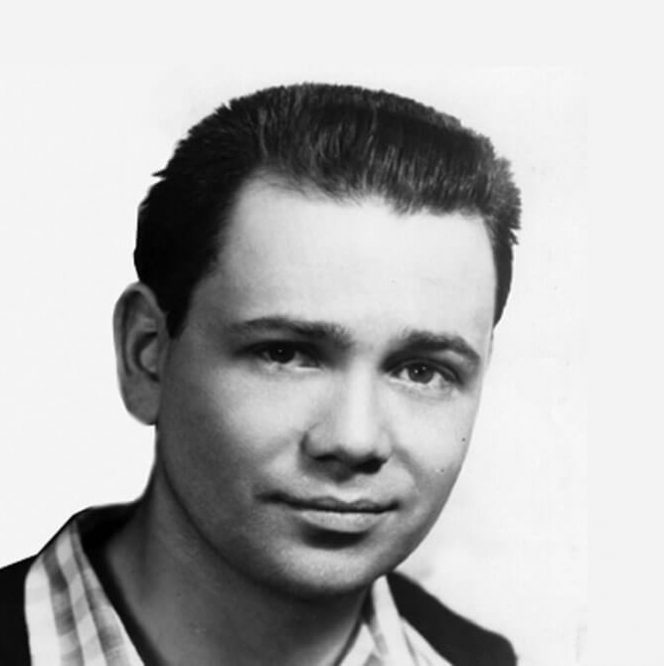 RICHARD ADLER (1923-2012) and JERRY ROSS (1926-1955) were a team of successful song writers in the 1950s. The duo was first brought to the attention of composing legend Frank Loesser (Guys and Dolls) in 1951. When Loesser heard the songs of Adler and Ross, he was so impressed he signed them to an exclusive contract with his publishing label. These “two young Loessers,” as Leonard Bernstein deemed them, had a wonderful view of the writing and composing process that quickly made them stand out. The team had auditioned for George Abbott twice before being commissioned to write the score for The Pajama Game. At each meeting Abbott was encouraging, but it was not until signing with Frank Loesser that he was willing to give them a chance. The Pajama Game opened in 1954 and had a production team almost entirely comprised of theatre newcomers.

After this, George Abbott again used the musical team to compose the score to the baseball-themed Damn Yankees in 1955. Though the lengthy run of both shows is largely attributed to Abbott, Adler and Ross brought a much-needed infusion of flair to Broadway. It is said that the duo “was remarkably adept at combining a wide range of catchy, familiar rhythms – and original sound effects – within the framework of a single score.” Sadly, the partnership ended abruptly when Jerry Ross suddenly died of a lung ailment on November 11, 1955, at age 29. His untimely death at such a young age cut short a creative force that was sure to be as popular and enduring as his songs.

Richard Adler was unable to continue writing for the stage without his partner and turned his attention to writing television commercials. He also staged and produced several shows for U.S. presidents; the most notable of these was a 1962 Madison Square Garden birthday celebration for John F. Kennedy that included Marilyn Monroe singing a version of “Happy Birthday” to the president in her trademark breathy voice.