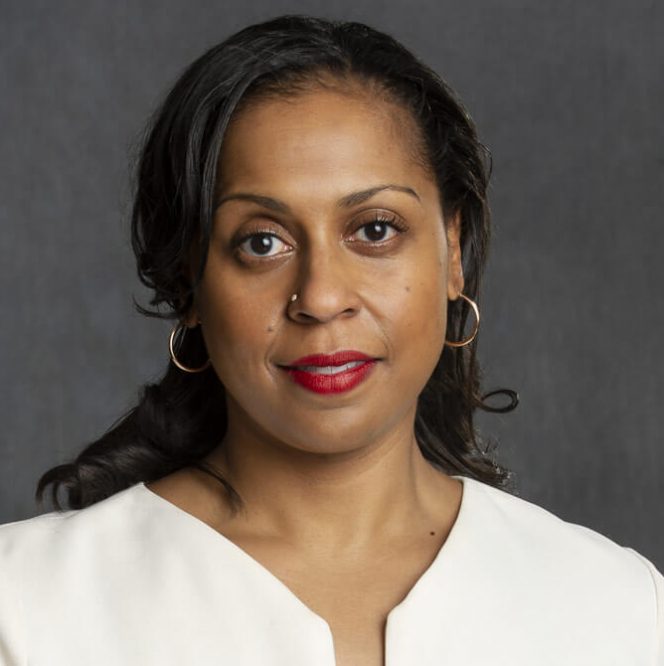 As an actor she has appeared in various theatres across Canada including Mirvish, RMTC, Stratford and Shaw. She is a recipient of a Maud Whitmore Scholarship (Charlottetown Festival), a Guthrie Award (Stratford Festival), and was inducted into Rainbow Stage’s Wall of Fame as a performer in 2018.

She was engaged as the associate choreographer for Hairspray – The Musical (NETworks)  for the North American and Asian tours for four seasons. Her work as a choreographer has been recognized with two Dora nominations for Passing Strange (Musical Stage/Obsidian) and Seussical – the Musical (YPT), respectively and an Evie Award in 2019 for Matilda – The Musical (Royal MTC/Citadel/Arts Club).

As a director, Kimberley was featured in the New York Times in July 2019 for directing a full-length production of Man and Superman at the Shaw Festival. Other directing credits include Routes (MTYP), hang (with Philip Akin, Obsidian), How Black Mothers Say I Love You (GCTC) (2018 Prize Rideau Award – Outstanding Production) and The Color Purple (Neptune and Citadel/ Royal MTC) which received Sterling and Merritt Awards for Outstanding Direction and Productions amongst others. She was the recipient of the 2017 Gina Wilkinson Prize for an emerging female director (Ontario Arts Foundation).

Beyond the stage: Kimberley completed her dance teacher certification through the Royal Winnipeg Ballet  and was on faculty them for four years; she was a full-time dance clinician with the Winnipeg School Division for six years, including co-contributing to writing the dance curriculum for the Province of Manitoba’s Department of Education; and she holds a Bachelor of Arts degree, majoring in Political Science, from the University of Manitoba.

She is currently the Associate Artistic Director of the Shaw Festival in Niagara-on-the-Lake, Ontario.