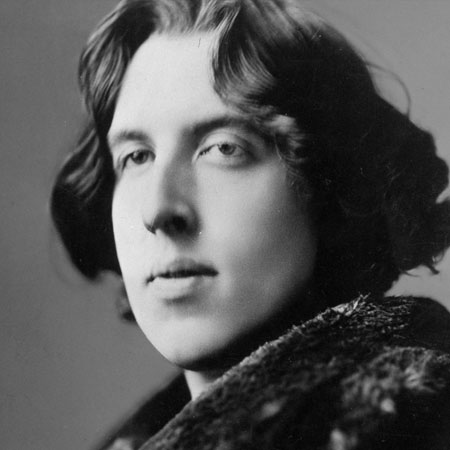 OSCAR WILDE (1854-1900), like Shaw, was born in Dublin, Ireland. His father was an internationally known ear and eye surgeon, and his mother a writer who supported Irish nationalist and women’s rights movements. Young Oscar dis­tinguished himself in classical studies at Trinity College, Dublin, and won a scholarship to attend Oxford. There he became influenced by the aesthetic movement, which held that a full life was only possible through one’s devotion to art. By 1881, Wilde was so well known for his aesthetic views that his eccentri­cities were satirized in Punch and in Gilbert and Sullivan’s comic opera Patience.

Such notoriety led to a year-long lecture tour to America, where he was lionized by the press. After returning home in 1882, he undertook a similar tour of Britain. Soon afterward, Wilde married Constance Lloyd, with whom he had two sons.

Wilde’s literary career began taking shape in the late 1880s. After a two-year stint as editor of the London magazine Woman’s World, he published a book of children’s stories entitled The Happy Prince and Other Tales. In 1891 he published his only novel, The Picture of Dorian Gray, which generated a great deal of critical controversy.

From 1891 and 1895, Wilde wrote four society comedies on which his literary reputation now rests. The first two were Lady Windermere’s Fan (produced in 1892) and A Woman of No Importance (1893), which ran for more than 100 performances each. The last two, An Ideal Husband (1895) and The Importance of Being Earnest (1895), would likely have run much longer, were it not for the famous scandal that broke upon Wilde at the height of his fame.

Wilde had become the lover of Lord Alfred Douglas, known as “Bosie,” an aspiring poet seventeen years his junior. Bosie’s father, the Marquis of Queens­berry, detested Wilde and his lifestyle. Two weeks after The Importance opened in triumph, the Marquis delivered a calling card to Wilde’s club, describing Wilde as a “Somdo­mite” [sic]. Instead of ignoring the incident, Wilde (at Bosie’s urging) sued the Marquis for libel, which gave Queensberry his long-awaited opportunity to destroy Wilde. In court, private detectives and male prostitutes gave ample testimony to Wilde’s homosexual practices; and when Wilde dropped the lawsuit, he was arrested, convicted, and sentenced to two years at hard labour.

From prison, Wilde wrote a long bitter letter to Bosie which was later published as De Profundis, and on his release left for France and never returned to Britain. His last major work was a poem entitled The Ballad of Reading Gaol (1898). Dogged by poverty and ill health, Wilde contracted an ear infection and died in Paris in 1900.