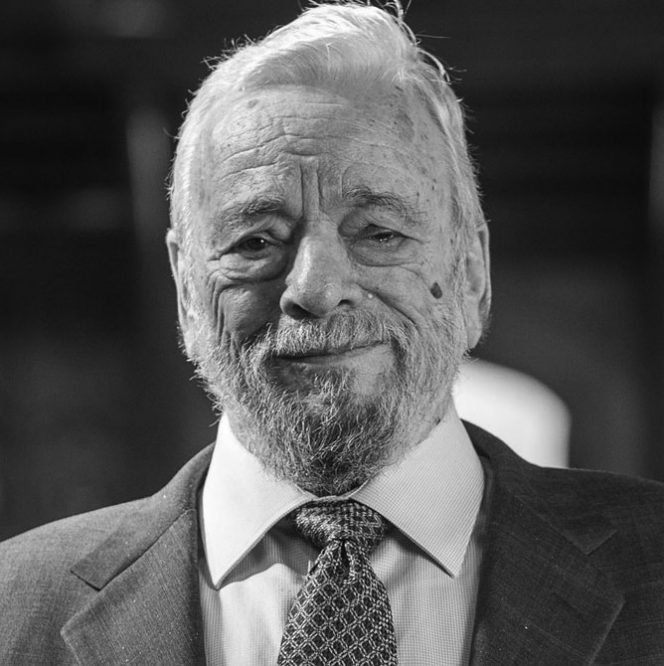 The name of composer and lyricist STEPHEN SONDHEIM (b.1930) has become synony­mous with experimentation and excellence in the field of musical theatre. Born in New York City, he moved to rural Pennsylvania with his mother when his parents separated, and their neighbours included Oscar Hammerstein II. Sondheim began piano lessons at age seven, wrote original musicals in high school and college, and after a couple of attempts at Broadway musicals, he was chosen to write lyrics for Leonard Bernstein’s music in West Side Story (1957), one of the great landmarks in American musical theatre.

The success of Sondheim’s lyrics for Gypsy (1959) and Do I Hear a Waltz (1965), and of his music and lyrics for A Funny Thing Happened on the Way to the Forum (1962), established him as a new leader on the Broadway scene. Soon came a spectacularly successful series of productions directed by another Broadway legend, Hal Prince. These included Company (1970), Follies (1971), A Little Night Music (1973), Pacific Overtures (1976) and Sweeney Todd (1979). In 1981, the failure of the Broadway premiere of Merrily We Roll Along brought an end to the Sondheim-Prince partnership, and Sondheim’s subsequent hits included three productions with director/writer James Lapine – Sunday in the Park with George (1984), which won the Pulitzer Prize for drama, Into the Woods (1987) and Passion (1994). A rewarding collaboration with librettist John Weidman began with Pacific Overtures, and also included Assassins (1990) and Road Show (2003). In addition to his Pulitzer Prize, Sondheim has won eight Tony Awards, eight Grammy Awards, an Oscar and a Laurence Olivier Award. In 2015, he was awarded the Presidential Medal of Freedom.