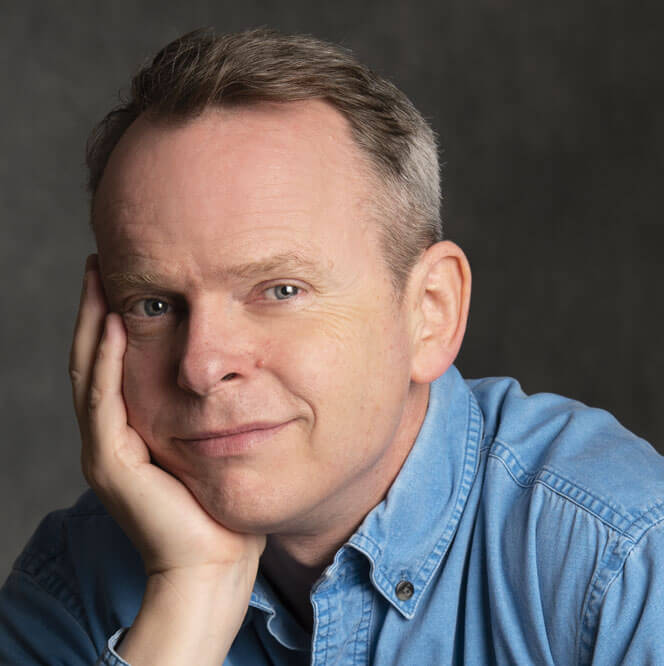 Tim Carroll (a.k.a. tc) is a renowned theatre and opera director with over 25 years of international experience. In 2020, Mr. Carroll adapts the Virginia Woolf novella Flush for the stage and also serves as director for the world premiere production. Also this season, he will direct the celebrated farce Charley’s Aunt.

Since taking the helm of the Shaw Festival in 2017, he has staged Victory, the North American premiere of The Ladykillers, world premieres of both Stephen Fry’s one man show Mythos: A Trilogy – Gods. Heroes. Men. and The Magician’s Nephew; along with Henry V (co-directed with Kevin Bennett), Saint Joan and Androcles and the Lion. He has also adapted and originally directed the Shaw Festival’s perennial holiday favourite A Christmas Carol.

Mr. Carroll began his career with the English Shakespeare Company in 1990 before becoming the associate director at the Northcott Theatre in Exeter. His extensive opera experience includes A Midsummer Night’s Dream, Sydney Opera House; The Turn of the Screw and Bluebeard’s Castle for Opera Oviedo, Spain; acclaimed productions of Benjamin Britten’s Albert Herring and Handel’s Acis and Galatea as artistic director of Kent Opera. Mr. Carroll directed many productions while associate director of Shakespeare’s Globe in London, including Macbeth and The Tempest. His Globe productions of Twelfth Night and Richard III enjoyed record-breaking runs in London’s West End and a Tony Award-winning visit to Broadway. His Royal Shakespeare Company credits include The Merchant of Venice. As a founding member of the experimental theatre group The Factory in London, he directed celebrated productions of Hamlet, The Seagull and The Odyssey. He has directed many productions in Hungary and for the National Theatres of Norway, Romania and Portugal. His work has been seen in theatres all over the world, including the Lincoln Center in New York, Sydney Opera House and Teatro Olimpico in Vicenza, Italy. Mr. Carroll’s work has also graced Canadian stages with several productions at the Stratford Festival, including The Lion, the Witch and the Wardrobe, Peter Pan, Romeo and Juliet and King John – which also appeared on movie screens around the world. In 2016, he was awarded the American Shakespeare Centre’s prestigious Burbage Award.

In addition to his work as a director, Mr. Carroll has always been committed to the development of young artists, giving master classes in acting and directing around the world.